An introduction to learning to become a better leader

There are a number of simple things to consider when you’re trying to develop as a leader. In this guide, you’ll learn about key factors, common mistakes and quick wins. 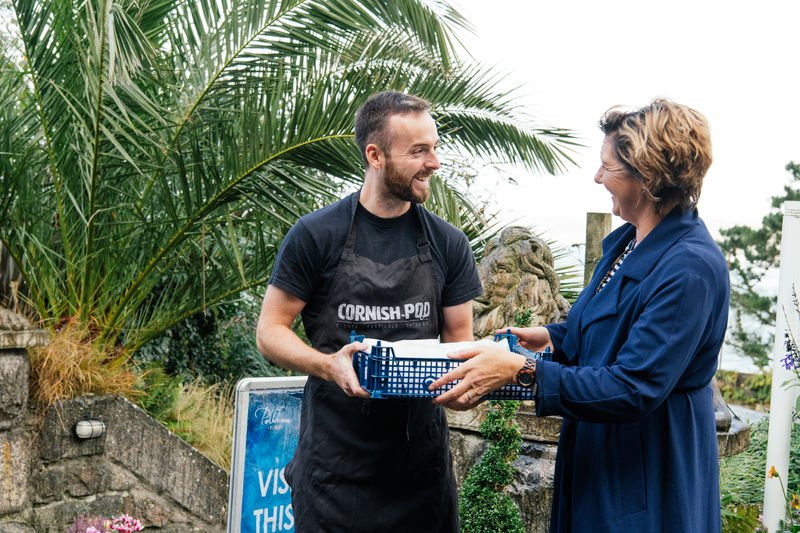 For a long time, the common consensus on leadership was defined by the work of renowned sociologist Max Weber. Weber’s work promoted the concept of a charismatic leader. Indeed, it’s an idea that is still widely held: that “charisma” is the cornerstone of good leadership.

But Weber’s work is now considered out of date. The modern consensus is that leadership is more fluid and malleable than previously imagined. In other words, there are all kinds of leaders and no one specific leadership type. We can all learn to be strong leaders by accentuating our own unique talents and identities.

There is a genetic basis for leadership, of course. Studies show that genetic factors could account for around 31 per cent of the likelihood of someone being in a leadership role – but the overwhelming majority is formed by environment and circumstance.

While some might be more predisposed to leadership, our DNA is not our fate. There are some simple things to consider and do to become a better leader.

Factors to consider when learning to become a better leader

In economics, there’s something known as the Pareto Principle. Another name for this principle is the 80-20 rule.

The idea behind the principle is that 80 per cent of outcomes (or outputs) come from 20 per cent of inputs. In other words, especially as a leader with limited scope to do everything, you need to identify inputs that are the most productive and make them the priority.

It’s not that everything else doesn’t matter, but simply there are particular parts of your business where you can maximise your impact as a decision-maker.

In real life, it’s not quite as perfect as that (and some days will be lost to the weeds), but try to focus on high-impact tasks and keep these efforts at the very top of your list.

The importance of shared identity

In 2002, the BBC ran a social study titled The Experiment. In the programme, 30 men were split into two groups and assigned an identity as either a prisoner or a guard. These groups were then put into a simulated prison setting for eight days.

One of the interesting observations was that meaningful leadership only emerged among the prisoners – and not the guards. The prisoners shared a shared social identity and cause, namely resisting the guards.

Now, of course, our businesses aren’t prisons – but the study highlights an incredibly important facet of effective leadership: shared social identity. And, group identity is an essential forerunner for you to be a better leader.

One way to do this is through creating what McKinsey calls a “values-driven ecosystem”.

Many of us have worked at places where the CEO or MD circulated long email missives once a month or perhaps once a quarter. But these formulaic communications are often left unread and unloved.

There’s nothing inherently wrong with an email to staff – but also don’t let your communication be formulaic. Maintain space for organic interactions alongside set processes.

Your role needs to evolve with the company

The tasks you spend time on need to change as the business grows. That means developing new skills and knowing where you can have the biggest impact – and working out what you’re going to stop doing.

In a business with ten or 20 employees, it might still be possible for you to complete financial admin tasks like running the payroll, but as you grow routine tasks need to be delegated. Otherwise, it’s difficult to have the time to focus on activities where you can have the biggest impact.

Create an environment to improve leadership

The best leaders are the ones who understand that they don’t know it all. Use our dedicated action plan to kickstart your development. 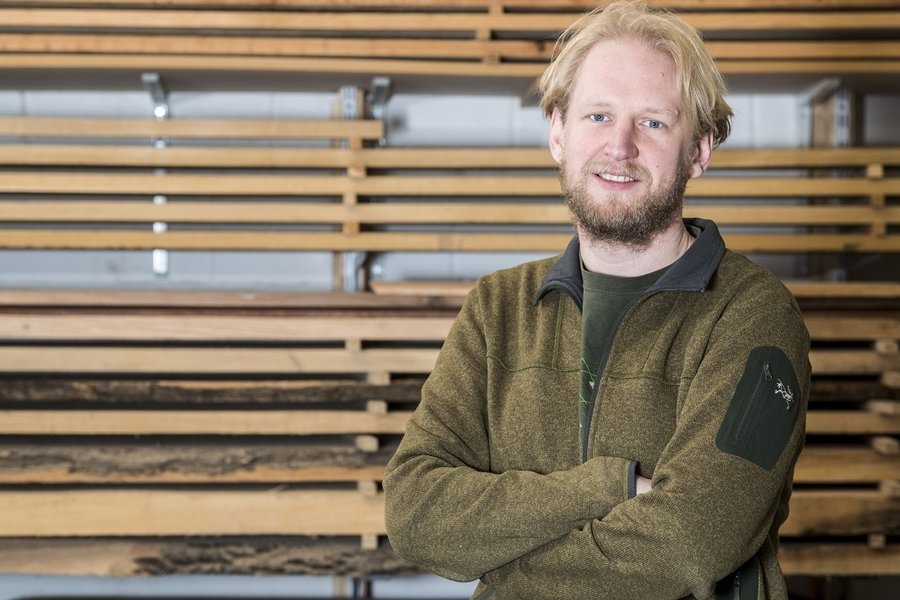 After founding Sheffield Sustainable Kitchens around his own values, Rob Cole admits he lost track of them when the company grew

“I founded the business on my own strong personal values, but they weren’t written down at the start. They were just things in my head that I felt were important. When we were a small team we didn’t really need them formalised, but as we got a bit bigger we lost track of them a bit.”

There’s a vital difference between allocation and delegation. Allocation is, in simple terms, telling a subordinate to do a specific task. In business, that’s sometimes necessary. But delegation is just as important. It means transferring work to a worker and allowing them to make decisions and, crucially, take responsibility.

Frank Longobardi, the former CEO of CohnReznick, one of America’s largest professional services firms, made the argument that perfect consensus is an impossible standard to strive for as a leader. Instead, he explained, his watermark was 80 per cent: “If I can make 80 per cent [of staff] happy with a given decision, then we’re all right.”

As a leader, avoiding unhappiness at all costs is not the goal. Of course, we want to make others happy, but there is a point of diminishing returns when you try too hard to please people.

Listen to employees, be kind and considerate, but keep in mind that you’re the one making decisions and your ultimate responsibility is to drive the business forward. A thoughtful, appropriate “no” is always better than an unrealistic “yes”.

Many business owners will identify with Karen McLellan, MD of the Hereford branch of Haines Watts, who said that when a business starts to grow it’s no longer physically possible to maintain the level of involvement you had when it starts.

By not delegating, the quality of your work and decision making will degrade. Instead, reserve your energies for high-impact tasks and decisions.

Sam Walton, the founder of Walmart, was famous for his unannounced store visits. Similarly, Ed Bastian, the CEO of Delta Airlines, is known to fly economy class when travelling.

The point of these incursions is for leaders to see things from a different perspective. As managers, you naturally become removed from the first-hand experiences customers have. You speak to other managers, you don’t serve customers. Deliberately avoid this by immersing yourself in unusual situations. 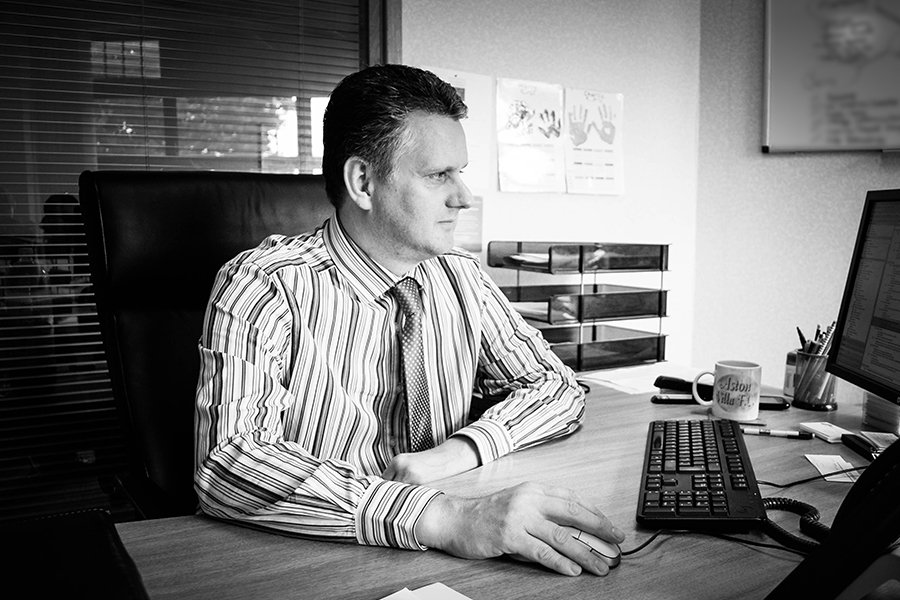 Darren Hockley recommends starting small when you're learning to delegate

“[When delegating] if you’re checking in every five minutes, you’ll never build trust. What you should do is start with a smaller task, so if it doesn’t go quite to plan, the consequences aren’t too bad.”

Quick wins on the path to becoming a better leader

Meetings are a fantastic way for you to demonstrate strong, effective leadership. It’s also a chance for you to hear ideas from all around the business.

The structure needs to be correct, however. And it starts with you: set an agenda for your meetings, be on time (and strictly start the meetings on time), make sure you listen more than talk and end every meeting with definite actions.

Set the standard for wellbeing

As a leader, you can help set the standards for wellbeing. Take breaks and holiday, work reasonable hours and be empathetic. All of these things (that have demonstrable links to employee wellbeing) start with you.

Emotional intelligence is a key ability for high performers. It’s something that takes time to develop, but there are practical things you can start doing today.

Emotional intelligence means recognising, understanding and managing emotions (yours and others), not avoiding conflict or difficult conversations at all costs.

You can do things like speaking last in meetings, so everyone present gets a chance to talk and share ideas, and being aware when your mood impacts your behaviour.

We all have strengths and, of course, we all have flaws. Honestly assess these traits. Encourage employees to give feedback on your leadership and get advisers, peers and mentors to highlight areas where you can make improvements.

You won’t be able to fix everything straight away. Developing a plan of what you want to work on and the practical steps you can take to move towards your goal helps create accountability.

“Asking people you lead for advice and help is a brilliant way to earn respect from them. Admitting when you’re wrong is vital and using the experience and knowledge of your teams is essential to any business’s success. Acting as though you need to know everything implies you don’t trust your team to do things themselves.”

Jenna Ackerley, founder and MD of Events Under Canvas

Setting and enforcing good meeting etiquette is a good way to set a leadership example. Anthony Marcano, the co-founder of RiverGlide, uses a cost timer. Instead of showing how long the meeting has run, it shows how much the meeting is costing. A meeting with ten people can easily cost between £15 – £30 per minute; that’s £1,000 – £2,000 per hour.

Now you’ve learnt about some of the factors that shape leadership, use our action plan to direct your improvement efforts.