Shielding, but far from isolated from his team

Pub director Mark Holden turned to Be the Business when lockdown forced him to develop a new approach to leadership and communication. 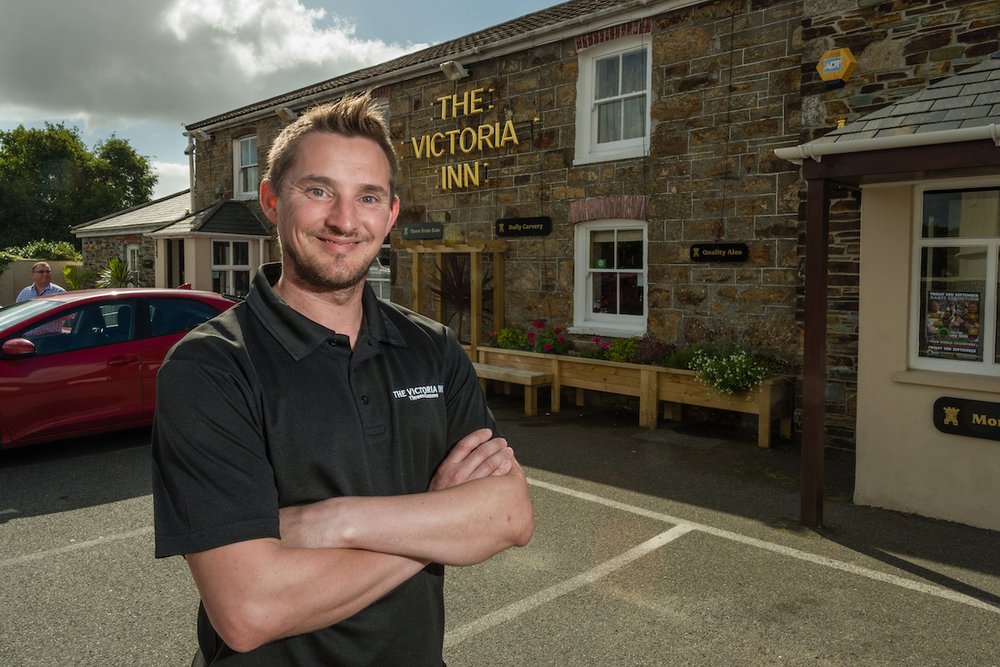 Mark Holden’s business looks very different to a year ago, but is better prepared for any kind of future

When a health condition for Mark Holden required him to shield during the pandemic, the pub landlord sought advice from a mentor to help him lead his team effectively from a distance. The results have been astounding.

When the UK government imposed a national lockdown on 23 March 2020, Mark Holden, director of three pubs in Cornwall, was prepared. Most pubs, clubs and restaurants have been closed for most of the past year, but, almost overnight, Mark transformed his business, Inn Cornwall, into a takeaway and doorstep-delivery service.

“Our three main objectives with our new offering were to provide a community service to people who were lonely, isolated and frightened, to create as much cash flow as possible so we could continue to pay the wages of our 70-plus staff, and to sustain the two new revenue streams (food and drink) as and when we open again,” he explained.

While he’s achieved the first two objectives, and is confident of achieving the third, it’s been, he admitted, “a very hard journey and a huge learning curve”. He’s been helped on that journey by a mentor called Andy Richards, CIO of BAE Systems Applied Intelligence, with whom Be the Business matched him last spring as part of its Rapid Response Mentoring programme.

“Had it not been for Be the Business and Andy, we would not be where we are now,” said Mark.

The overriding challenge Mark faced was that, due to a rare auto-immune disorder, he’s had to shield for most of last year. For someone who is used to being very hands-on, trying to lead his team from behind a computer screen – particularly when they were sceptical, even frightened, of the new direction he wanted to pursue – was extremely difficult. “Even my business partner had concerns about it working, and at the time thought it would be safer to close,” he recalled.

Mark has been involved in Be the Business since the organisation used the Cornwall hospitality industry as a pilot for its growth services soon after it was established in 2017, and he is a Be the Business ambassador. As such, he knew exactly where to turn for help in developing a new style of leadership and communication that would ensure his team bought into and stayed aligned with his vision for the business.

“And, with a new-born child at home, it was also a matter of preserving my sanity,” he admitted.

The pairing initially surprised both men, given their very different industries and specialisms, but they quickly realised how fruitful it would be.

“Andy is extremely grounded and fantastically knowledgeable about people and performance management,” said Mark. “We hardly talked about technology at all. Mark has very good technology knowledge and already had lots of ideas about how to use it to help pivot his business,” Andy remembered.

One of the first things Andy suggested to Mark was to hold weekly virtual team chats so he could discuss his plans, address staff concerns, develop trust and buy-in, see clearly who wasn’t going to get on board, and manage their performance accordingly. “I started communicating more effectively, and Andy held me accountable – and made me hold my team accountable too,” revealed Mark.

Andy added: “We’d work through issues and, every session, I’d say: ‘how are you getting on with that?’, ‘what have you done about that?’ and, occasionally, ‘don’t you really need to fix this problem?’.

“Mark is visionary, astute, he has great ideas, energy and excitement for the business – but the bigger an organisation gets the more important it is you bring others on the journey with you.”

The team chats reduced Mark’s sense of isolation and his greater visibility meant he was able to gradually win people round. One of the messages he used to get them on board was that they were no longer “pub staff”, but “key workers” providing a vital community service.

There have been a succession of wins so far – one of the most gratifying involved being able to persuade the managers of one of the three pubs, who’d had a terrible year in 2019 and were on the point of throwing in the towel, to stay.

“They got their hunger back at the beginning of lockdown, and they are smashing it out of the park in terms of sales,” said Mark.

The performance of all three pubs is, Mark believes, “truly amazing.” The weekend before we spoke to Mark, food sales hit a record 117 per cent of pre-pandemic business. On one particular recent Sunday the team did 1,050 main meals in one day.

All this – combined with Andy’s encouragement – contributed to the growing self-belief of Mark and his team. “My attitude used to be, we work hard and do our best, we are good, but we are what we are,” commented Mark. “The team is now incredibly proud of the difference we’ve made in the community.”

Positioned for the upturn

Over the year Mark and his business partner have invested in technology – from a new phone, till and ordering systems, to a fleet of electric vehicles and better social media management. They’ve also refurbished all their premises, equipping one of them with alternative work spaces in anticipation of a slow, or partial, return to the traditional daily commute.

The Pub Grub delivery side of the business will allow them to survive for another year or more even if the pubs themselves had to stay closed – a worst-case scenario. But Mark is not complacent. He’s now thinking about the next challenge – how to manage the two business streams together once the pubs can open again. And this time round, he’s determined to bring his team with him every step of the way.

Mark was initially surprised by his mentorship pairing, given their very different industries and specialisms, but they quickly realised how fruitful it would be.

Working with a mentor can reduce the sense of isolation that comes with leadership and teach you how to bring others on your company's journey.

His mentor's regular encouragement has contributed to the growing self-belief of Mark and his team.