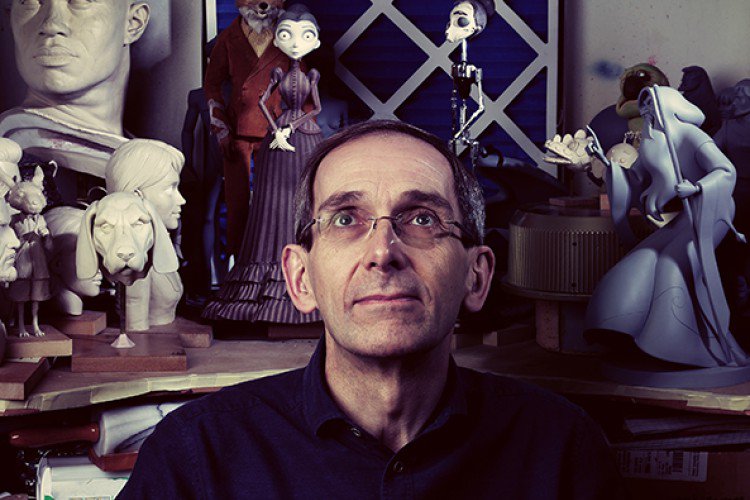 It has specific benefits for leaders too, giving them greater visibility over business operations and opening up opportunities in new markets.

We spoke to one business leader to find out the research he did before automating a process and the impact it has had.

Waiting for tools to match the team’s capabilities

Mackinnon & Saunders has been producing high-quality puppets for the film and TV industry for the last 30 years.

However, with rising demand from the international market and the company’s loyal customer base – which includes directors Tim Burton and Guillermo del Toro – the business started looking into the capabilities of 3D printing.

Despite the handcrafted nature of its products, co-founder Peter Saunders explained that the company has always wanted to be early adopters of technology.

“When we started, everything was done in an analogue way: design things on paper, mould with plasticine and then paint. But just because we’re using an anachronistic genre like stop motion animation doesn’t mean that we’re luddites. We love new technology,” he said.

What’s most important for Peter is making sure that machines produce the same quality as they are capable of in house. He didn’t want to automate processes for the sake of it, so he’s kept careful tabs on the evolution of 3D printing.

“We’ve been going to the TCT exhibition in Birmingham where all the latest 3D printing tech is showcased for the last nine years. We didn’t want to use machines when they were producing mediocre results – we could have jumped in earlier with 3D printing, but it needed to come up to our level,” he said.

“We didn’t want to use machines when they were producing mediocre results – we could have jumped in earlier with 3D printing, but it needed to come up to our level.”

Improvements in recent years meant the printers were finally able to match their abilities.

For Peter, investment was a no-brainer. The team is able to save a lot of time on moulding and construction by printing out a digital design.

Mackinnon & Saunders has a number of small 3D printers in-house to handle these processes, but Peter explained that sometimes the team needs technology with more advanced capabilities.

For projects that require more attention to detail, the company has built up good working relationships with external 3D printing bureaus. This means the team can access the cutting-edge technology they need without making a sizeable investment in-house.

“With that very high-end type of printing, you can pretty much design something and it comes back from a printer already assembled. It does things you can’t physically make,” he said.

Working closely with clients and getting feedback on its processes helps Mackinnon & Saunders to ascertain if and where automation has been successful.

Despite being able to print designs that couldn’t be made by hand, it’s the added speed and convenience that’s proved most popular so far, particularly for international clients who often face lengthy shipping times.

This feedback also provides a useful indicator of where automation could create smoother client experiences in the future.

“We had a request from a client in America about restoring puppets. We ended up doing it in the very traditional way which was sculpting parts, but we want to explore the possibilities of creating the moulds digitally. You could then pop them over attached to an email, then they go to their local printers and print out the moulds when they need them.

“The next thing we’ll be looking at is virtual reality. It might not be the world’s greatest entertainment format, but clients abroad would be able to see sculpts we’re working on in real-time. Don’t be afraid of new things – I always try to keep an open mind of the potential it could give the company,” Peter said.

Want to find out more about streamlining or automating a process?

Events and exhibitions can give you an in-depth look at new technologies.

Don’t rush into automation if you think quality will drop.

Keep an open mind about the potential benefits of technology.