Tackling big challenges with a small team requires rethinking your approach. The Toast Ale team has reinvented how think about growth, scaled through partnerships and even been as bold as to give recipes away. 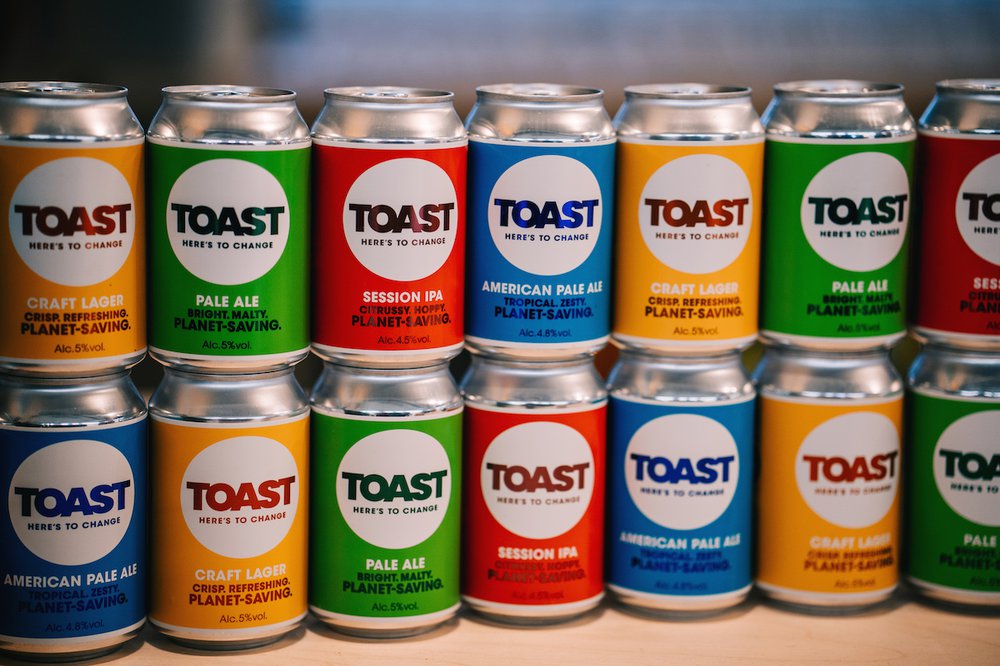 Toast Ale is a brewery on a mission to reduce food waste by using surplus bread to brew its beer.

It’s a cause that co-founder and COO Louisa Ziane is particularly passionate about. She estimates that 44 per cent of the bread baked worldwide is never eaten and around 24 million slices are thrown away every day.

In the latest episode of It’s The Small Things, we spoke to Louisa about Toast’s vision, collaborating with other brewers and the learning curve of balancing growth with recruitment.

The full podcast episode is available on all major platforms and immediately below. Click through to find it on Apple Podcasts, Stitcher, Acast, Spotify and SoundCloud and subscribe to make sure you don't miss out on new episodes. We've also got some behind the scenes action to set the scene and showcase why Flight Club is such an exciting business to learn from.

Doing things differently: Being a B Corp and welcoming copycats

Toast is a registered social enterprise and, in 2018, became the first brewery in the UK to be certified as a B Corp. The company also reinvests 100 per cent of its profits in charities trying to change the systemic causes of food waste.

What’s more, Toast is a business that welcomes copycats. The team has shared its brewing recipe to encourage other breweries to use bread as an ingredient and broaden its impact.

When Toast Ale first started in 2016, the team worked with Hackney Brewery in London. It meant the business was able to share expertise and launch quickly.

“We sourced the bread and used their expertise as brewers to produce the beers and just get going. I think that’s often the challenge with entrepreneurship. Having great ideas is one thing, but you just have to get on and do it,” Louisa said.

The business has grown substantially over the last five years and collaborations have remained a growth enabler, allowing Louisa and the team to access the equipment they need when they need it.

“It's been beneficial because we’re able to be quite flexible in terms of scale, as well as production schedules. From an industry perspective, it means that we're using up slack in the system when the breweries are not operating at 100 per cent. So rather than creating a new footprint on the land and the kit, we're able to use what already exists.”

Nurturing your support network over time 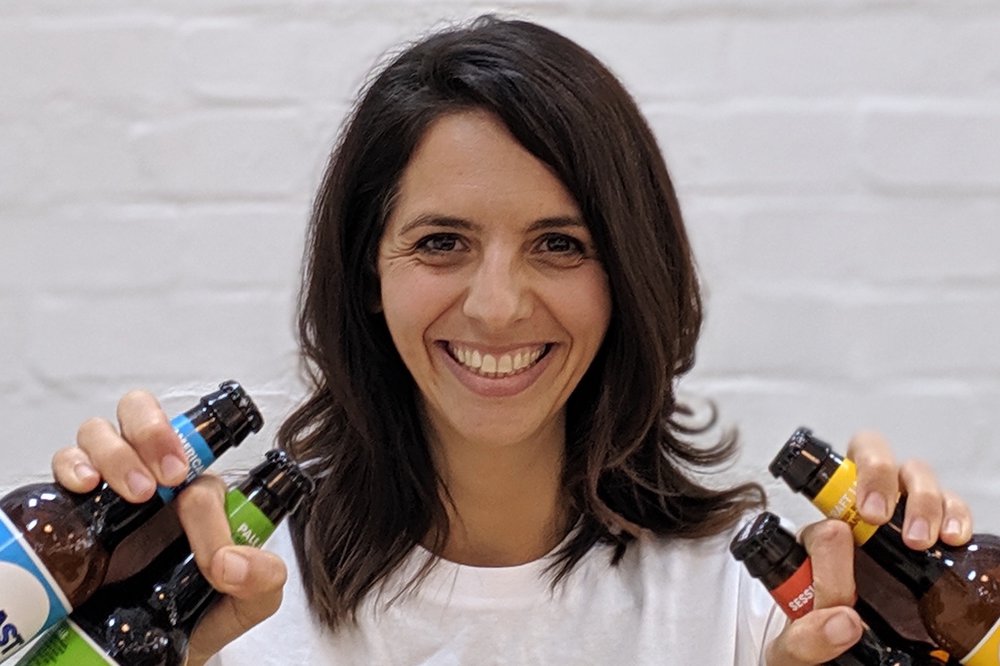 As the business has grown, Louisa has come to recognise that Toast’s influence is stronger when it’s part of a wider network.

The initial strategy for international expansion was based on taking the Toast model to different geographies. The team launched a subsidiary company in New York, then set up some licencing and franchise partnerships in other locations.

But, as Louisa remembers, they were slow to get going and deliver the impact they wanted. She realised that collaborating with existing breweries – much like Toast did when first launching – would speed up the process.

“We pivoted and changed the international model to leverage relationships with breweries. For example, we’ve released a new line of limited edition beers leading up to the COP26 climate talks. Each of those are in collaboration with another B Corp business, using their ingredients and stories to help us explain the food system.”

See how confectionery company Ask Mummy & Daddy did its research 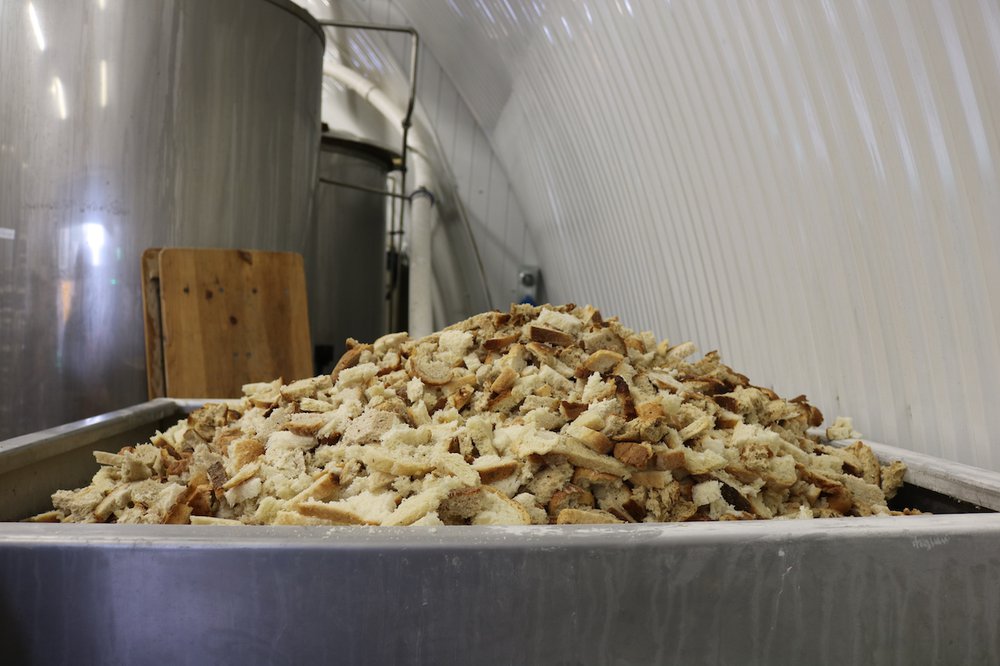 The learning curves of rapid recruitment

Toast’s first two crowdfunding campaigns were rewards-based rounds, where people who invested received cases of beer rather than equity. The company then embarked on an equity round, raising £1.4m through a number of private philanthropic investors like the National Geographic Society.

Its fundraising strategy was built around a desire to expand outside of London, where Louisa estimates 50 per cent of Toast’s customers are. To do that, the company needed to hire a sales team capable of reaching people across the UK.

“We hired a big sales team where the roles would be regionally based and brought a few more people into the core team as well. But I think what happened was that so many people joined at once that we weren’t really in a place to properly support them and their development,” she said.

The rapid influx of new people meant the business ended up with siloes. Rather than moving from one small team to one big team, the team fractured into several groupings. This led to challenges around communication and it became difficult to balance brewing to a sales schedule and marketing the product.

Over time, the leadership reduced the team size and become more focused.

“We scaled back some of the speed of the ambition too, so that we could properly manage the business development and the mental health of the team and keep us feeling jelled together. As people left, we reviewed whether the role was necessary and have gradually scaled back over time.”

Looking after employees is critical during periods of change

Use our template to improve health and wellbeing in the workplace 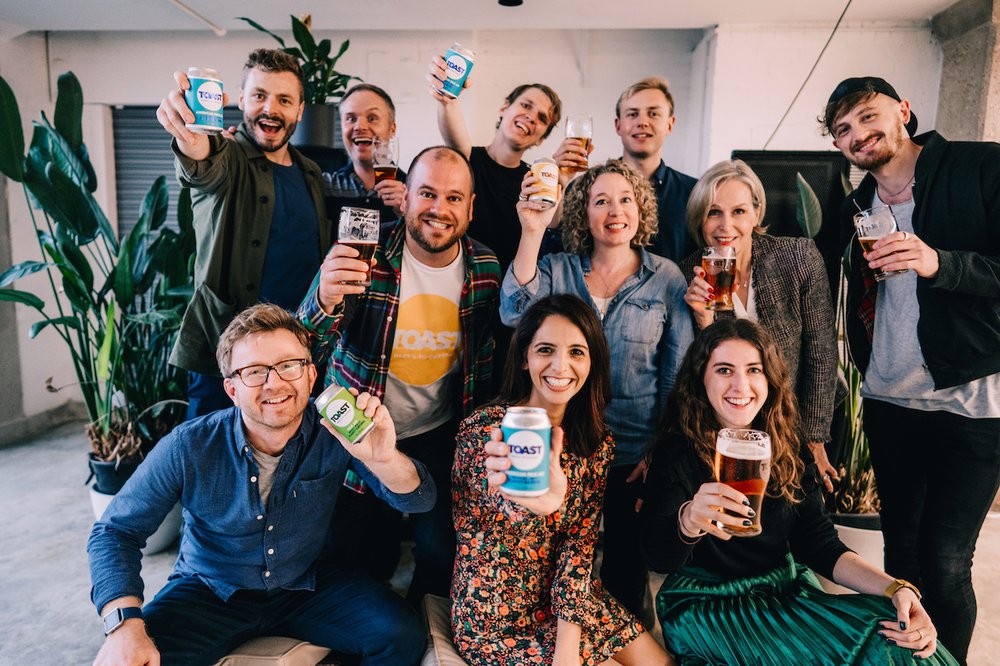 Toast furloughed five of its staff in lockdown last year and connected them to charity partners. This left a core team of four employees and two contractors.

Louisa’s priority is staying focused on how the small team can deliver the most impact as a business and best use their time, but the blurred boundaries of remote working have made that difficult at times.

“It’s very hard to say, ‘This is when the day starts and this is when it ends’. Having back-to-back meetings, where you don't have time for a coffee break or commute to the next meeting, can be quite intense. But our commitment is to look after people and encourage them to share how they feel.

“It has meant, at times, we've pulled back on a few opportunities and we've said ‘no’ more than we might have done in the past. We recognise that we probably could have done it, but it may have been at the cost of a team member’s mental health or someone leaving,” she said.

“We’re just hiring for one role. Ideally, we would have taken more, but we want to make sure that person is properly inducted into the team. They need to be fully up and running and have all the support they need. Then we’ll perhaps expand further after that.”

It’s great to have the cash and demand to hire lots of new team members, but make sure you have the time to onboard people properly.

Tapping into other manufacturers’ latent capacity is a great way to scale without having to make capital investments.

Knowing when your team’s at capacity is important to maintaining everyone’s health and wellbeing. Sometimes that means saying “no” to new opportunities.