How a bakery’s pandemic response drove its longer-term evolution

While most businesses had to adapt when coronavirus hit, for one particular bakery it opened the door to a new way of operating and changed its future strategy. 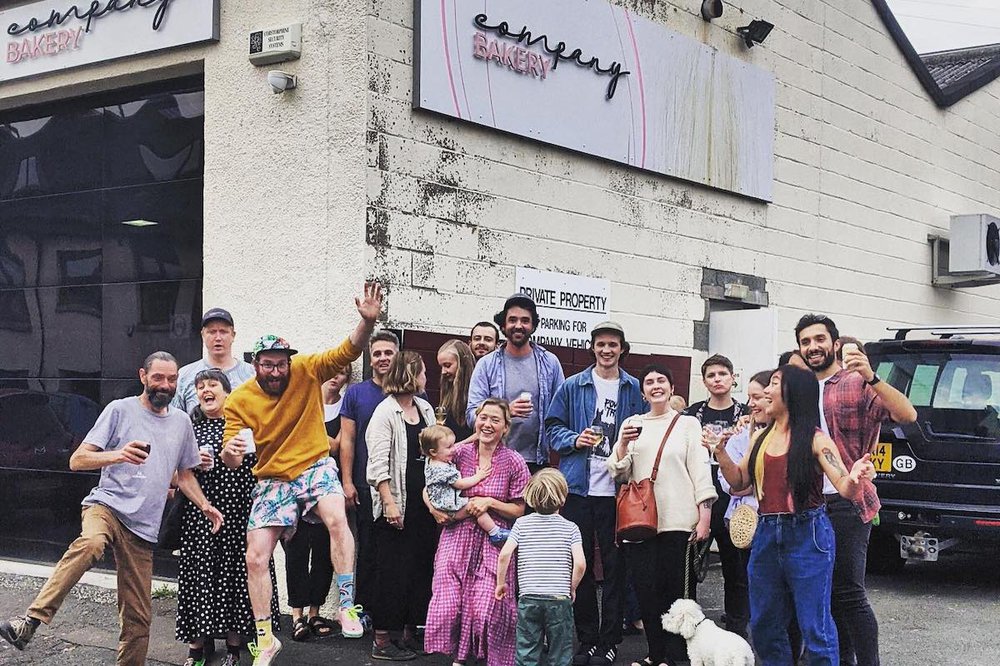 When Edinburgh’s restaurants and cafes closed in spring 2020, as lockdown was imposed, the danger was that Company Bakery would close too. Launched by five food industry professionals to provide a wholesale service to their own outlets in 2017, the company seemed to have no future.

With a baby on the way and determined not to let a good crisis go to waste, co-founder and one of five directors Ben Reade began to think about where else the bakery could sell its sourdough baguettes, rye breads, sandwich loaves and other products.

“When lockdown happened, our business-to-business model was thrown up into the air,” he remembered. “But, luckily, we’re a small, agile company and so we immediately began to think about how we could adapt, and home deliveries seemed the obvious way forward. We were up and running with our service by mid-April.”

What began as a short-term measure in response to an unexpected turn of events has now become a longer strategy that is paying off handsomely. Over the last year, the Company Bakery has evolved to offer two distinct services – one for its wholesale customers and another for consumers looking for home deliveries. In recent years subscription services have been successful in sectors ranging from toiletries to flowers and now Reade and his team have also begun to offer their retail customers an option for regular deliveries.

Social media was a key advertising tool and part of the company’s longer-term evolution has been to use it more to talk to its new customers. “We discovered that there was a real demand for freshly-made bread delivered on a weekly basis to residents of Edinburgh and people liked the fact that we’re a local company,” said Ben.

A major challenge has been logistics. As a wholesale bakery producing fresh loaves for some of Edinburgh’s top restaurants and cafes, deliveries were relatively simple with three drivers travelling to the same addresses daily to drop of large, high value orders. However, as the home delivery demand has expanded, the company is now making around 4,000 stops per month, approximately 142 per day. “Instead of driving about 600km a day to make deliveries to restaurants and cafes, we’re now doing around 1,500km every day. We’re delivering to around 400 customers a week at the moment, and we expect that to grow significantly over the coming months and years.”

To meet the challenge of its changing delivery needs and to ensure that this vital element of its business is efficient and cost effective, the company has invested in new technology. This includes the use of a route planner provided by a company called Circuit to plan the deliveries to homes and businesses. “We might deliver to 130 customers in the city and further afield on a given day, many of them with tight time-sensitivity, so organising our drivers efficiently is paramount,” explained Ben.

The technological innovation doesn’t stop there. As part of the company’s mid- to longer-term business strategy it is launching a new website that will improve the appeal and the offering to its growing home delivery market.

Now that shops, cafes and restaurants have reopened the company’s wholesale arm is back up and running. However, Company Bakery sees home delivery as a key part of its longer-term strategy. “Over the next few months, we’re expanding our delivery area to cover the whole of Edinburgh,” he added. “We’re also increasing our offering and we’ll be delivering items such as butter, milk, eggs and coffee.”

Demand remains high for both services with home delivery customers still choosing the convenience of a freshly baked loaf of bread being dropped off on the doorstep. Over the longer term, Company Bakery’s dual approach will see the balance of home delivery and business-to-business change with the former expanding from about ten per cent of volumes.

Developing new routes to market, as well as adding new products and services, are an essential for SMEs to respond not just to immediate changes brought about by the pandemic and lockdown but to provide a strategy for growth in the longer term.  Ensuring that these short-term changes complement rather than conflict with more strategic growth plans is essential.

Adapting quickly has been key to the company’s success, according to Ben.  On the other hand, having a longer-term strategy and taking a big picture approach as well as responding to sudden changes in circumstances, is equally important, he believes.

While the pandemic has inflicted considerable damage on the hospitality industry Company Bakery shows how reacting to events in the short term has led to an evolution of its strategy that is opening up new markets, offering new prospects for growth in the mid and longer term.