The amount of moving parts that are involved in creating a seamless experience at Flight Club – from game animation to using hawk-eye-like technology – requires a relentless approach to implementation and improvement. 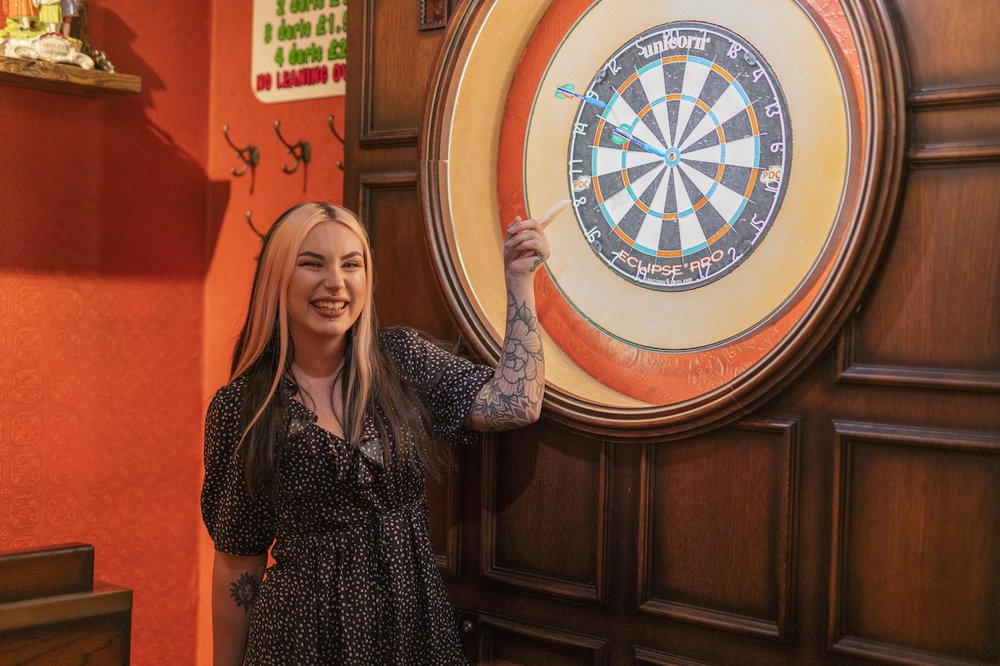 Flight Club turned a sport best known for dingy pubs into an immersive team experience and created a business that employs over 550 staff in the process.

In the latest episode of It’s The Small Things, we spoke to founder and CEO Steve Moore about dealing with rapid scale, the surprise advantages of user testing and being staff centric.

The relentless rate of Flight Club’s growth creates a unique problem for team members who have to cope with rapidly changing objectives.

“Our business is changing – it's not even exponential – at a ridiculous rate. That change fatigue can set in with staff.

“So some of the team, even though they think they really enjoy it, can suffer from that changing of goalposts. Some personality types like a nine to five. Some people crave chaos,” Steve said.

Flight Club’s HR is part operational and part people development and it's the latter that allows them to sustain that level of growth.

There’s a lot of play built into the onboarding process too. Even if it doesn’t immediately solve a capacity issue or impact the bottom line, it helps reinforce company values and strengthen teams.

Bringing in senior hires early has also helped. For example, Steve said they hired a CFO six or seven months before it was needed.

"Some of the team, even though they think they really enjoy it, can suffer from that changing of goalposts."

Want to develop a plan to work out how you’re going to build demand.

Flight Club’s first location in Shoreditch has 12 playing areas and a 400-person capacity. As Steve puts it, it was an ambitious start.

That capital investment was backed by a significant amount of market testing; the team talked to thousands of people during the development process.

The unforeseen bonus was that it created a ready-to-go customer base.

“What we didn't realise was we were actually building a customer base at the same time. By the time we opened we were full from people who helped us develop the product, which is kind of cool,” remembers Steve.

Six to nine months before the Manchester and Birmingham locations opened, for example, they started speaking to lots of different local groups and businesses.

“We actually brought a whole bunch of influencers and community guys, popped them on a train to London and went to a few venues. And we were like, well, this is what Flight Club is here, what are we going to be for you?

“So by taking it super seriously I think that gave us really, really good traction when we opened up in those cities,” Steve said.

The user testing now focuses on particular elements like the music, food or layout. But, more importantly for Steve, it's about how Flight Club attracts different types of people and demographics.

"We popped a bunch of influencers and community guys on a train to London and went to a few venues."

Flight Club uses Net Promoter Scores (NPS) because customer acquisition is driven by recommendations; Steve estimates 90 per cent of new customers discover the business this way. NPS asks customers how likely they are to recommend a service on a scale of one to ten, assigning them as a detracter, passive or promoter accordingly.

Flight Club’s venue dashboards include NPS, whether there were any complaints, customer sentiment and financial information.

“I can know exactly what was going on in Manchester last night, from a customer point of view and a financial point of view, and from how the manager thought it went as well. So you combine all that and then product managers summarise that,” Steve said.

The tech-powered engine behind the dart board

Steve founded Red Engine, which is essentially a 56-person creative agency, to be able to do all the design and product development work in-house and attract the right staff.

Assess and choose the right technology to improve business operations

Get started with our insightful guide

Be staff centric, not customer centric

It’s common for companies to talk about being customer centric, but Steve believes it’s better to focus on staff.

“You need to be staff centric. If the staff are really loving it and crazy for the gaming and they get why they're there then they are super motivated. If they ask a customer 'have you seen that game?' or look like they're happy to be there and really want to help out, the customer reacts to that. It's a full cycle.”

Rapid change and upheaval can be hard on team members, but developing stress-resistant operations helps reduce the impact.

While Flight Club initially set out to test game propositions and experiences, the business ended up with an army of fans ready to hand over their own money to visit.

Smart uses of digital technology has helped Flight Club reinvent the game of darts and reach an entirely new audience.