Treat every new employee as a potential leader from day one

Nurturing junior employees to become future leaders not only helps to increase engagement and build solid teams, but it supports business growth in a stable, sustainable way. 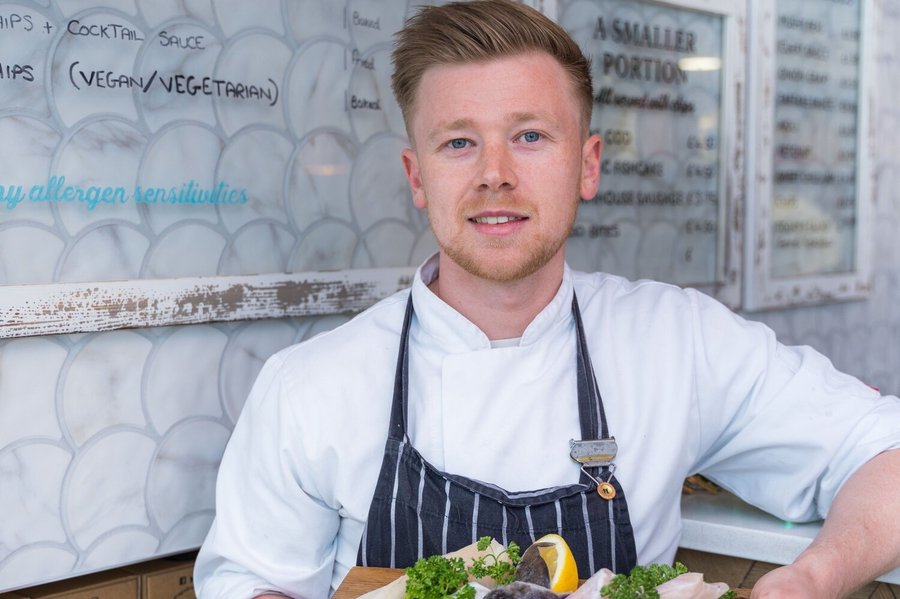 Many businesses automatically look externally when it comes to hiring for a top level role, finding someone with relevant experience who has already honed their skills elsewhere.

However, it’s important not to overlook the talent you already have. Investing time in nurturing junior team members can pay dividends.

Focus on attitude when hiring

“One principle that we've always had at The Oyster Shell is to promote within. Our existing staff are the people who already understand the business and our ethos and are ultimately going to drive this forward. More so, I think, than the people that come in higher up,” co-owner Dan Rosser said.

With that strategy in mind, Dan believes CVs can be limiting in what they tell you about a person. An open mind, eagerness to learn and positive attitude outweigh the benefits of experience.

Dan prefers to hire people with no experience at all, so he can train them himself. That way, they really buy into his way of doing things in the kitchen.

“A chef coming from somewhere else will likely already have their own ideas of how things are done. And that's tricky because, while we’re always open to new ideas, we’ve worked so hard to get things to a certain standard and achieve consistency. We need to make sure everyone's on the same wavelength.”

Hiring on personality and attitude can help you find people who want to progress and commit to your business.

The Oyster Shell’s current manager originally worked at a cash and carry, but went to Dan for extra work. He made it clear how interested he was in the industry, then joined the team for an event they were catering – and loved it.

“I offered him training and a role in our sister restaurant, and that was it. He went from having no experience at all in catering to working in the kitchen at the restaurant, then helping me run the takeaway,” Dan said.

In 14 months, he’s become one of Dan’s most trusted colleagues and is a key part of the company’s future plans to expand.

“Our existing staff are the people who already understand the business and our ethos and are ultimately going to drive this forward. More so, I think, than the people that come in higher up.”

For staff to grow into leaders, you need them to not only hang around for the long term but also stay motivated.

Trusting junior staff with certain responsibilities is a great way to nurture and encourage – plus you can test the waters for how they’d cope in a more senior role. However, it’s a fine line. Overdo it and it can have the opposite effect, leaving them feeling stressed and undervalued.

“I never ask too much of my staff. If we need a shift covering and they can’t do it, I won’t give them a hard time, which you do get in a lot of work cultures in this industry,” Dan said.

Instead, it’s about making them aware that they play a key part in the business. That might involve treating them to a meal after an award win or taking them out of the workplace to give them a new perspective on their job.

When The Oyster Shell’s manager first started, Dan took him to Brixton Market so he could see how the market works and how they got the fish to the restaurant. Dan is keen to help staff learn more about the industry and make them feel like the business is theirs too.

“I always ask for everyone’s opinion on things, be that a new product, improving a system or making a hire. I like to make it feel like this business is ours – not mine. It’s something we’re working on together.

“When we hit targets or win awards, they can really share in that, and know that it’s a direct result of their work. That really encourages them to keep pushing and show them what they’re capable of achieving.”

How to develop career paths for your workforce

Having a capable, dedicated team in place will facilitate growth

Teaching staff more about the industry broadens their perspective