What happens when your business plan runs off course?

A business plan is crucial to long-term success. Yet unexpected events can throw things off track. Here's what to do when things start going wrong. 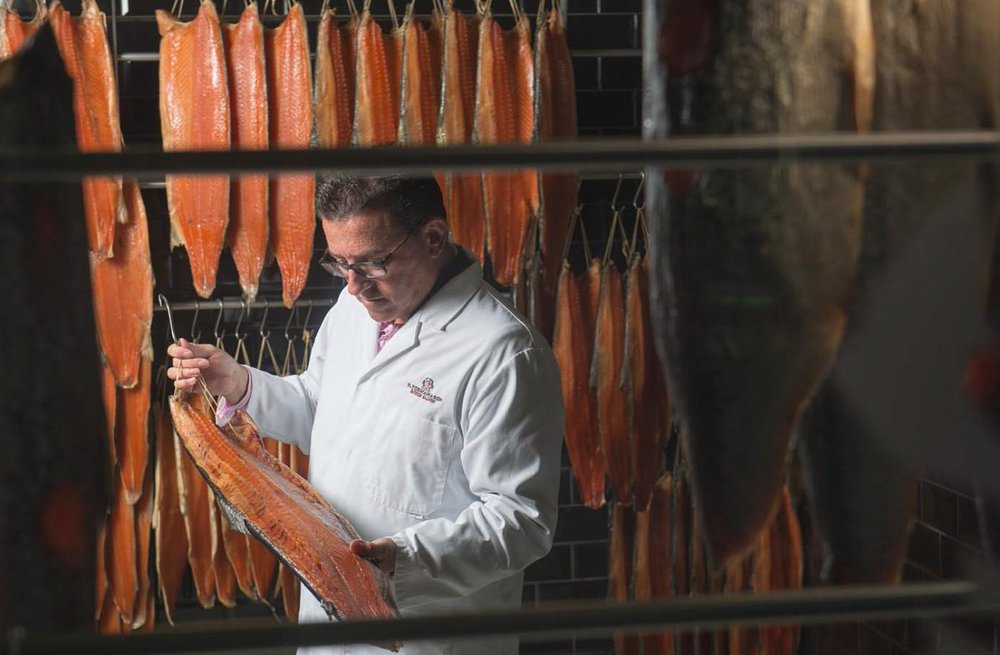 What happens when the market you built technology for isn’t interested? When your production facility is hit by flood, fire and then compulsory purchase order? We spoke to business leaders about how they deal with setbacks.

“Everyone has a plan until they get punched in the face," boxer Mike Tyson once said and it's fair to say that people in all walks of life struggle to cope with setbacks. The heavyweight boxer's retort seems glib, but it demonstrates the difficulty people face no matter how much preparation they do.

“Family businesses are known for self-destructing in the third generation, but we’ve got past that,” joked owner Lance Forman, who took over the company 25 years ago.

Forman joined the business because he saw an opportunity to launch a retail brand. His father’s frugality and secrecy meant the business had an amazing reputation with chefs, but little brand awareness.

“There were a couple of things he would do that were strange in marketing terms,” explained Lance. “He would go to the back doors of supermarkets and get old boxes when delivering to hotels. Goods would be delivered in plain white vans because he was worried about competition getting wind of who he was working with.”

Life is unpredictable, so don’t focus on a narrow path

Sales increased 25 per cent in Lance’s first year, although he's quick to qualify that revenue growth is common for family businesses being taken over by a new generation. The retail brand took off and they doubled the size of the smokehouse.

What the team couldn't expect was the series of natural and man-made disasters that it was about to experience. The factory fire came first, just four years after Forman joined the business.

The local river flooded within a year of reopening, leaving the factory under a metre of water. London Development Agency funding was used to rebuild factory, near the top of a hill, with extra fire safety precautions and three years’ business interruption insurance.

Forman believes entrepreneurs put too much emphasis on planning: “When you’re focused on a narrow path, there are really good things happening that you don’t pay attention to.”

Instead, he argues that you should focus on the end point. That doesn't mean the end of the business plan, rather it's about reframing expectations on how you get there.

Kafoodle CEO and co-founder Tarryn Gorre had a startling revelation a year into building the business – one looking to digitise commercial kitchens and help the industry manage and communicate food allergens, calculate nutrition and control costs.

“The business plan was great on paper. There were 650,000 commercial kitchens that needed to comply. We worked out that we needed 5-10 per cent to have a decent business, with £40-60 giving us over a million pounds of turnover. It seemed easy. The numbers stacked up and everything was pretty simple,” said Tarryn.

Kafoodle Kitchen aimed to help pubs, restaurants and takeaways track products and cope with allergy legislation. Tarryn is a nutritionist and was inspired to launch the business after co-founder Kim Antoniou’s husband nearly died from an allergic reaction.

But it didn’t get any traction. Dealing with independent business people is difficult because they’re so busy. The legislation wasn’t getting enforced and entered a two-year consultation.

“The bottom line is that servicing tens of thousands of businesses wasn’t a great business model because you weren't making enough on a £40 a month contract,” she added.

Visiting a diabetic aunt who was having an operation to remove part of her pancreas lead to a penny drop moment. The organ produces insulin, and when she awoke the next day no one knew what she should eat.

“We were spending so much time looking at pubs and making sure fish and chips were safe for people to eat that we missed one of the most valuable verticals – healthcare,” Tarryn explained.

Stay resilient through the tough times

It's incredibly hard to separate emotions from business. Stress and health issues are common, and unexpected events can be particularly tough to deal with.

Lance is able to joke about his experiences today, but that doesn't mean they weren't tough to handle. Not only did his father leave the business earlier than expected, he remembers thinking about shutting it all down too.

He recommends trying to be as resilient as possible. To avoid dwelling on negative emotions, try to start planning your next steps as soon as possible. It doesn’t have to be an entirely new business plan – it can just be what will get you through the afternoon.

The pivot was an emotional moment for Tarryn too. She worked in the catering industry for 15 years and had built the business with friends who were chefs.

Find staff who will rise to the occasion

Lance works hard to make people feel positive about their work environment. He spends time nurturing the team to make sure they care about the business.

“Having a good team around you is crucial when dealing with setbacks,” he said. “You can’t have jobsworth types. You need people who have bought into the business.”

The construction of the Olympic stadium led to hundreds of compulsory purchase orders, including H. Forman & Son’s new factory.

“I learnt how to delegate during the Olympics. There was no way to fight the battle for survival as well as run the business,” he said. “A lot of owner-managed businesses struggle with delegation. The experience taught me a very important lesson; when you do empower people, they usually rise to the occasion.”

Tarryn worked on her personal development when the business had to pivot. She spent time talking to people in healthcare, learning the lingo and working with two new mentors that knew the sector.

The business needed a rethink too. It went through a branding exercise to move away from the colloquial and friendly feel aimed at independent restaurants. It hired project managers and a full-time dietitian, secured government funding and set up a clinical trial.

Plan ahead, but learn to be flexible

Lance has written a book about his struggle with the Olympic Delivery Authority and has given lectures on crisis management. The setbacks have left him sounding somewhat serene about the challenges he’s faced, and he argues they can be used as strategic points to revitalise the business.

“When large changes are forced upon you, it allows you to step back and ask ‘how can I get rid of all the crap?’ Take the good stuff and shed the bad stuff. That’s what big change allows you to do,” said Lance.

It can be difficult to balance commitment to a business plan and the need to be open to new opportunities.

“Everyone tells you to focus at the beginning,” said the Kafoodle co-founder. “It’s interesting because if I had done that, I wouldn’t have been open to the pivot.” Today, the business has 16 employees, is turning more than £500,000 and has around ten enterprise clients in healthcare and education.

Lance now looks to a Yiddish adage rather than Mike Tyson when thinking about the challenges of growing a company: man plans and god laughs.

“None of us know what's around the corner. It doesn’t mean you shouldn’t have an idea of where you want to get to, but being too rigid is a mistake,” he said.

When you’re focused on a narrow path, like on laid out in a strict plan, there are good things happening that you don’t pay attention to.

The first step you take after a set back is vitally important, so take it and move on.

Speaking to those in your sector or someone who can act as a mentor lets you react in a balanced way.