Despite a career that included lots of great experience, Nicola Seferta realised extra support was needed in order to get stuck into a new role. 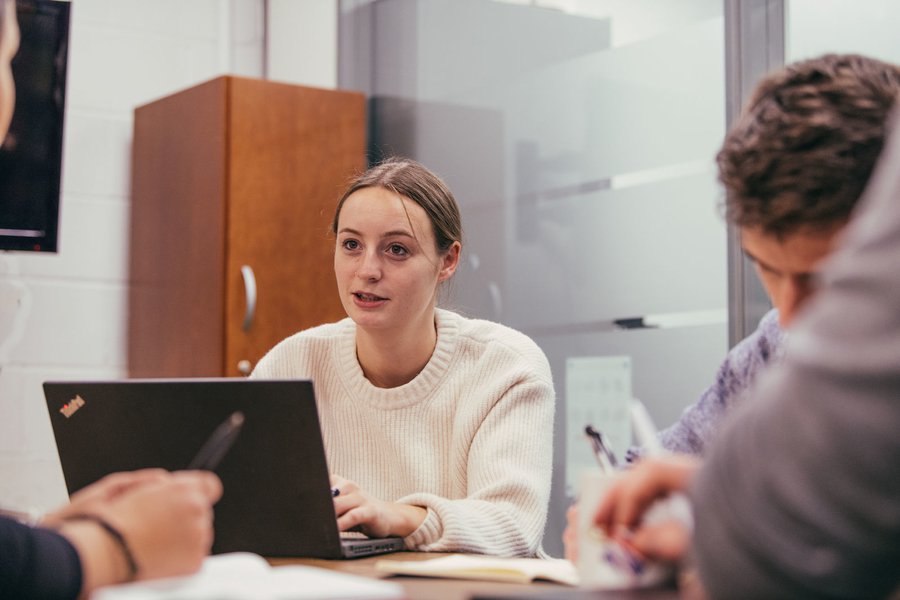 Talking to a mentor has helped boost Nicola Seferta’s confidence

As a new non-engineer recruit in an engineering company, Nicola Seferta felt she faced a steep learning curve when she joined Rawwater Engineering Company in mid-2019. A mentor from BAE Systems helped her adjust to this new environment.

Despite a career that included a wide variety of roles and lots of great experience, when Nicola Seferta joined Rawwater she knew an adjustment was needed.

In her new role as an engineering support manager, Nicola was tasked with applying her skills in project management, continuous improvement, business development, and quality improvement to the development and commercialisation of a number of Rawwater technologies.

However, before she got really stuck in she felt a little external perspective and support was required to ensure her new role was a success.

Nicola was introduced to the Be the Business mentoring scheme by the founder of Rawwater, who felt that not only would his company benefit from business-related mentoring as it evolves its business model, but also that mentoring would help the personal development of key Rawwater staff.

Be the Business suggested BAE Systems as an obvious source of mentors, given its engineering focus. It matched her up with Alison Ballard, who was leading the UK Typhoon support programme.

“On paper, Alison seemed like a very good fit,” recalled Nicola. “She is an engineer, we are a similar age, she’d worked her way up to a senior level in what’s often perceived as ‘a man’s world’, and she appeared to have lots of experience I could learn from personally and that we could draw on as a business.”

The pair hit it off immediately. “I’d identified some areas that I wanted to look at, and our first phone call, which was really about getting to know each other, showed us that we could work together productively,” added Nicola.

The relationship is informal and the conversations free flowing, she continued. “I tend to talk through my concerns, what’s happened since our last meeting, and so on. At the beginning I was beating myself up a bit about how, as a non-engineer, I could be effective in this environment. Alison was extremely reassuring, explaining that she had experienced similar doubts at different stages of her career.”

The two women had engaged on the three-month Rapid Response mentoring scheme and initially they spoke on a weekly or fortnightly basis. When Alison returned to work into a new, bigger, job – head of audit at BAE Systems – this became monthly. Around the same time Be the Business moved the two onto the full-year Mentoring for Growth programme.

An experienced mentor, Alison focuses on leadership and personal development. “With Nicola, I act as a sounding board, offering suggestions about alternative ways of thinking about things and tackling challenges,” she explained. “I pointed out to her that her credibility rests on all the valuable skills and experience that she has gained through a very interesting career. I think she’s a bit less worried about things now and is focusing on maximising the considerable experience she brings.”

It’s a sentiment Nicola agrees with. “Talking to Alison has really helped to build my confidence. It’s felt almost like ‘business therapy’. Also, with a very senior job, and a young family, she’s very inspiring, and a great role model.”

Mentoring is a two-way street

The benefits of mentoring cut both ways. “It’s very gratifying to be able to help someone else to develop and grow,” said Alison. “It’s also interesting to hear about their world. However, I’m a big believer in peer-to-peer coaching as well – it’s very powerful. I’ve learned a lot from talking to Nicola: it’s interesting getting her opinions on some of the issues I’m dealing with too. Mentoring doesn’t have to involve a major time commitment on either side – particularly when you can do it online, as we’ve had to do because of lockdown. Even an hour a month is really valuable for both of us. It’s a two-way learning experience.”

Mentor Alison provided "extremely reassuring" advice when Nicola opened up about her doubts.

It's natural to worry about your capabilities when you step into a new role – having someone who will remind you of your skills and experience can alleviate those fears.

Even setting aside an hour a month will make all the difference.